Thanh Tam 05/08/2022 Society Follow en.baoquocte.vn (WVR) on
The ethnic minorities account for 65% of the province's population, with 22 ethnic groups living together, Tuyen Quang is striving to become a fairly wealthy, comprehensively developed, and economically sustainable province by 2025 in the Northern mountainous area, helping to change the lives of the ethnic minorities.

Over the years, Tuyen Quang has effectively implemented many programs and plans for comprehensive socio-economic development; ensuring national defense and security; building a strong Party and political system in the habitat of ethnic minorities and achieving many important results.

For the period 2016-2020 alone, near-poor households, newly escaping poverty households, and ethnic minority households in extremely difficult circumstances are entitled to preferential credit loans to develop production and business, with disbursed loan up to over VND 2,030 billion. Over 4,200 poor households were supported to build and repair houses, with a total disbursement of VND 111 billion.

Thanks to production development, the ethnic minority people's lives are increasingly improved. Annually, the rate of poor households decreases by 2-3%; it decreases by 3-4% in communes and hamlets with special difficulties; and in poor districts it reduces by 4-5%, in some places by over 5%.

In 2017, after being facilitated by the Commune People's Committee to learn the career of fattening buffaloes, he borrowed an amount of VND 50 million from the District Bank for Social Policies and invested in building a barn and raising buffaloes and cows for economic development.

To further develop the economy in the province, especially in ethnic minority habitat, Tuyen Quang province has planned key tourist attraction spots, attracting many large corporations to make investment. The infrastructure system has been strongly and synchronously developed.

Up to now, 100% of communes and 99% of villages and hamlets have outbound thoroughfare; more than 97% of roads from district center to commune center are asphalted or paved with bitumen. The percentage of households connected to the national grid is over 98%.

Social security policy has been implemented with proper concerns, thus all communes have health clinics, 100% of ethnic minorities in disadvantaged communes are granted with health insurance cards free of charge.

In order to realize the goal of the Resolution of the 17th Provincial Party Congress, for the 2020-2025 tenure, it is to make Tuyen Quang a fairly wealthy, comprehensively developed, and economically sustainable province in the Northern mountainous region, worthy of its stance as the Capital of the Liberated Zone, the Capital of the Resistance War, the work force units and localities in the province have been making efforts to promote production and business.

From 2020 to now, the COVID-19 pandemic has affected all socio-economic aspects of the country, however, to overcome the difficulties, the province's industrial enterprises have quickly organized production with strict regulations, ensured safety in epidemic prevention and control, regained growth momentum, as well as anticipated the new opportunities in the last months of 2022.

In the mountainous district of Son Duong, despite difficulties due to the impact of the COVID-19 pandemic, in 2021, this locality still attracted 2 more industrial projects, namely the frozen fruit - vegetable processing factory and the mechanical manufacture and fabrication factory. The operation of the new factories has created more jobs for the local people.

In addition, the people in other areas in the province also make efforts to increase productivity. For example, in Ha Lang commune (Chiem Hoa district), where 99% of households are ethnic minorities, the commune authorities have always identified poverty reduction as a key task.

From 2016 to now, the commune has mobilized the synergy of the whole political system, promoted the sense of responsibility of cadres and party members in mass mobilization, directly went down to the hamlets and villages to communicate with the people for better understanding. Since then, many households have risen out of poverty.

In Hoa Phu commune (Chiem Hoa district), the local people also try to develop key products with high economic value. Currently, the district has established a commodity production and livestock production zone with over 660 hectares of oranges, 277 hectares of pomelos, over 1,000 hectares of bananas, over 1,400 hectares of peanuts and timber plantations; the total herd of cattle and poultry in the area reached over 1.6 million heads.

Over the years, this contingent has made positive contributions to mobilizing people to join hands in building up the hamlets and villages. 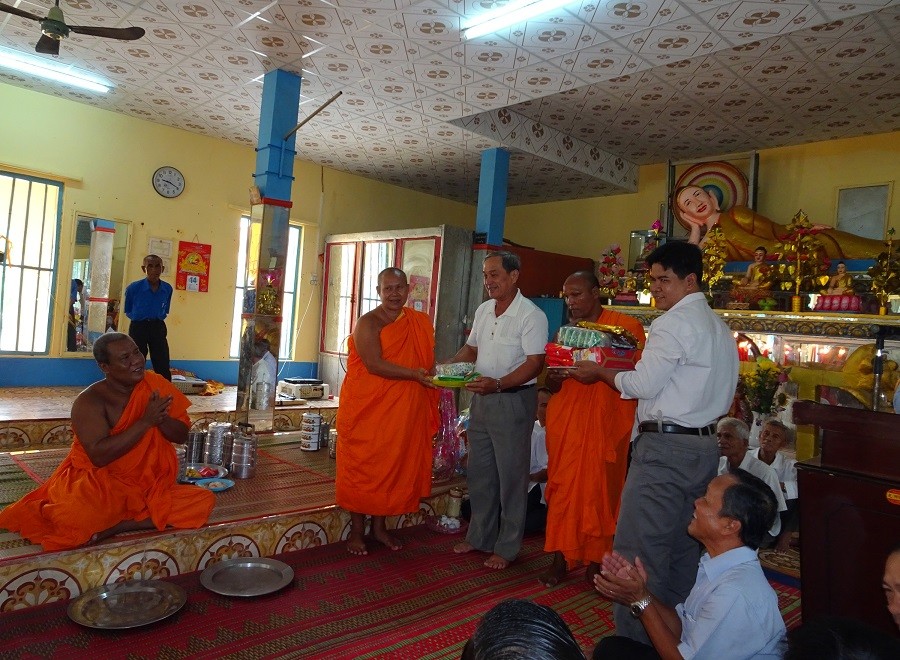